Hondas are made for great driving, and a drive just isn’t the same without a soundtrack.

That’s why Honda has recently announced that they are now partnering with Pandora, the leading personalized radio service, and associates at Benson Honda, the leading Honda dealer in San Antonio, are dancing with excitement.

“Pandora listeners love to take their personalized stations wherever they go, and that is especially true of the car where almost half of all radio listening occurs,” said Jessica Steel, the executive vice president of business and corporate development for Pandora. “We are excited that Honda is able to roll out a live implementation to customers so shortly after their announcement.”

The announcement was made during the unveiling of the 2012 CR-V at the Los Angeles Auto Show. The car will be available at Benson Honda on Dec. 15, and will feature Pandora internet radio. Connectivity to Pandora in the CR-V is enabled by an iPhone.

Pandora radio offers personalized stations based upon favorite artists, songs or genres, as well as feedback from the listener, so Honda owners will now get to have just as many options with their tunes as they do with their cars.

The five-passenger 2012 Honda CR-V will also offer greater fuel efficiency, upscale styling and a smoother and quieter ride, so the music will sound that much sweeter. The previous generation of the CR-V was named a Top Recommended Vehicle by Edmunds.com and named the top compact crossover SUV in dependability by J.D. Power and Associates.

Come on over to Benson Honda, your number one Honda dealer in San Antonio, and test drive one of our new or used Hondas, or wait until Dec. 15 and come try out the 2012 CR-V, and turn up the Pandora radio as loud as you’d like. We hope to see you soon! 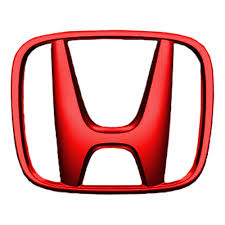 Honda’s No. 1 concern is its customers.

That’s why, when consumers weren’t happy with the 2012 Honda Civic, Honda has decided to change the car much sooner than planned. Benson Honda, a leading Honda dealer in San Antonio, TX,  is pleased to share this news with you, and hopes you can see the genuine care Honda has for its customers and the pride it takes in its products.

“We take feedback seriously, regardless of who it’s from, and we will act accordingly quickly,” said John Mendel, American Honda’s executive vice president. “I don’t know how much we can do, and how quickly, but the comments of Consumer Reports and our customers have not gone unnoticed. We are appropriately energized.”

Honda will be releasing improvements for 2012, which is a year earlier than originally planned.

The 2012 Civic was unveiled in April, and the ninth revision of the car was not loved as much as Honda hoped. Consumers were not pleased with the interior of the car and the cabin noise.

The Honda Civic has a history of excellence, and that is sure to continue with the newest model.

Just like Honda, Benson Honda wants to provide you with the best service and selection possible. Our friendly sales staff will take the extra time to make sure you are happy with your selection and that you know the ins and outs of your new or used car before you drive off the lot.

As a member of the Honda family, we hope that you look to our long history of award-winning vehicles that lead the way in safety, style, fuel economy, resale value and environmentally friendliness, when shopping for a car.

Come on over to check out the new Honda Civic for yourself, or any of our new and used Hondas in San Antonio. You won’t be disappointed!

Honda wants to start the New Year off at the front of the pack, and this year they will be doing just that.

Benson Honda, a premiere Honda dealer in San Antonio,, TX,  is excited to share the news that Honda’s 2012 Rose Parade float entry will be leading the 123rd annual Rose Parade on Jan. 2.

“The Rose Parade is Honda’s opportunity to wish a happy New Year to everyone watching the parade whether along the route or on television,” said Stephan Morikawa, the assistant vice president of American Honda Corporate Community Relations. “It’s also a chance to work with the tournament to showcase Honda’s imaginative, innovative technologies.”

The 55-foot  float, called Sweet Dreams, follows the parade’s theme of “Just Imagine” with a display of a feel-good dreamland —  sheep jumping over a moon, candy and castles, hot air balloons, unicorns and a teddy bear.

Parts of the float will also take a nod at previous Honda floats, like its dreamy race car from 2003, longest-ever float from 2005, and a sailing ship from last year.

This is the 51st time Honda has collaborated with the Tournament of Roses and its second year as a presenting sponsor. The Honda Fit EV will be the parade’s official pace car.

Benson Honda will be proudly watching along with you as Honda shows off its style during the Rose Parade.

If Honda can make a winning float, imagine what they can do with cars! Roll on over to Benson Honda, the leading Honda dealer in San Antonio, and see for yourself the award-winning craftsmanship, style and reliability that makes a Honda.

Want a car that can last, and last, and last? Joe LoCicero will tell you to head on over to Benson Honda, the leading Honda dealer in San Antonio, TX.

LoCicero, who lives in Saco, Maine, recently passed the one-million-mile mark on his 1990 Accord, which still has its original engine and transmission – a feat that not many cars can reach.

Benson Honda is excited to share this news with you, and proud to be a part of a company that sells quality cars that are built to last.

This milestone is a testament to Honda’s reliability. As an ex-mechanic, LoCicero said all he did to maintain the car was follow regular maintenance schedules, use good parts and drive safely.

LoCicero bought the car in 1996 with 74,000 miles on it. Since then, he has replaced the seat belts, steering wheel, upholstery and fuel pump – not much considering its high mileage.

This is the first time Honda has documented an Accord reaching the 1-milion-mile mark.

As a reward, LoCicero was treated to a parade with cheerleaders and signs featuring his face, as well as a new 2012 Accord, in the same color as his old car. He is not sure what he will do with his trusty companion.

Buying a car is a long-term investment. Looking into the future, you don’t want maintenance issues or to have to completely replace a car before its time. Honda understands that, and builds its products with that in mind. Come on over to Benson Honda’s lot of new and used Hondas in San Antonio, TX and take one for a drive yourself.

You just might still be driving it one million miles down the road – just as Joe LoCicero!

With a reputation for quality and innovation, customers and the press alike are taking note of Honda and recognizing the automaker for its work.

Just this year, the company has been awarded more than 10 national awards. Accolades coming from not only customers, but also professionals in the auto industry, means that Honda is winning in the realm of overall excellence, re-sale value, environmentally friendliness, safety and style.

The Honda Accord and the Honda Fit were recently named to Car and Driver’s 10 Best Cars list – the 25thtime Accord has been included.

The 2012 Civic Sedan has been named a 2011 Top Safety Pick by the Insurance Institute for Highway Safety, winning the best ratings for frontal offset, side impact and rear impact crash safety tests, as well as roof-strength test.

Kelley Blue Book awarded Honda with a 2011 Brand Image Award for Best Value Brand, an award based upon a survey of more than 12,000 new-car buyers who agreed Honda is the best value on the road.

Along with its dedication to quality, Honda has also been stepping up in the fight to protect the environment, and doing a good job of it. Honda was the first to introduce a mass-produced hybrid vehicle, the Honda Insight, which was also the first vehicle to meet California’s Low-emission Vehicle standards. For the fifth time in a row, Honda was named the country’s Greenest Automaker by the Union of Concerned Scientists.

These accolades make us here at Benson Honda, the leading Honda dealer in San Antonio, so proud to be a part of the Honda family, and we hope you will join us. Stop by our lot of new and used Hondas in San Antonio, and try one out for yourself. We hope to see you soon!